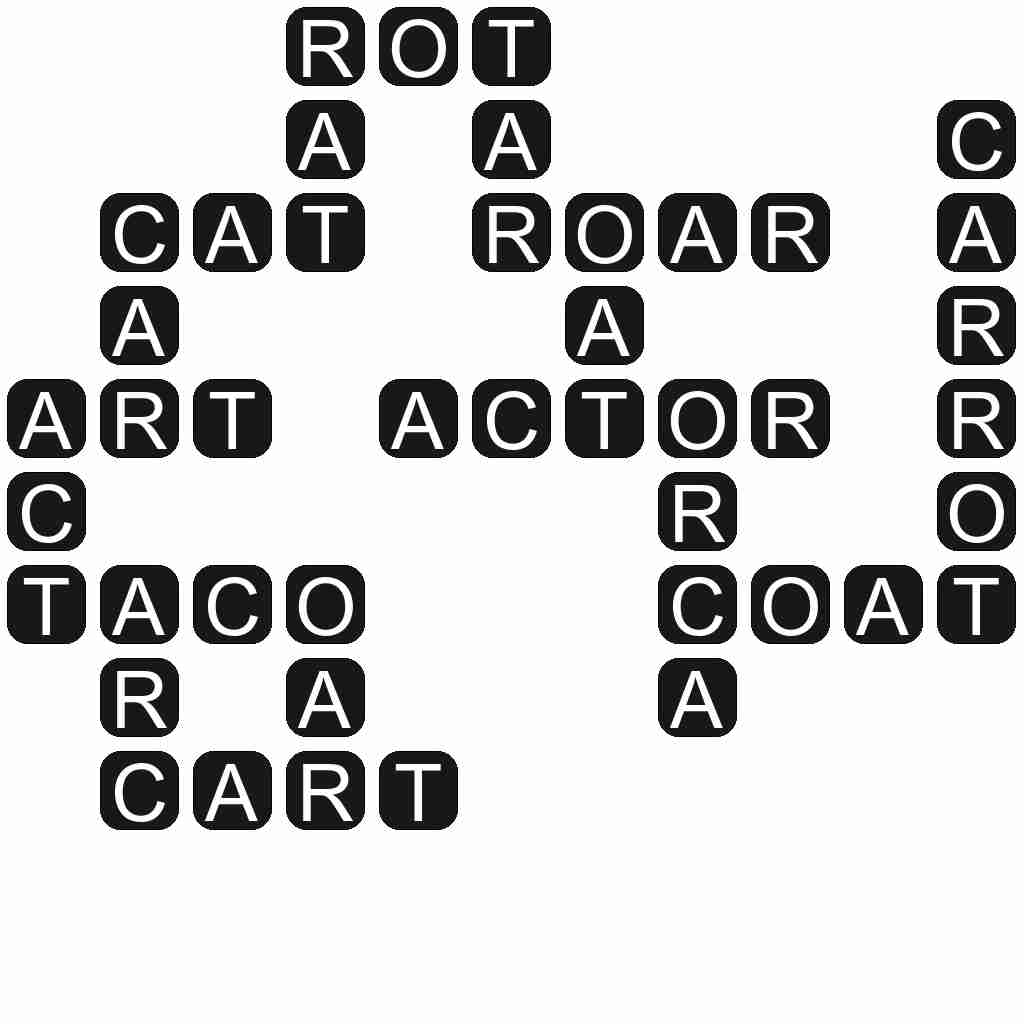 ACTOR - A person who performs in a theatrical play or film.

CARROT - A vegetable with a nutritious, juicy, orange, sweet root, Daucus carota in the family Apiaceae.