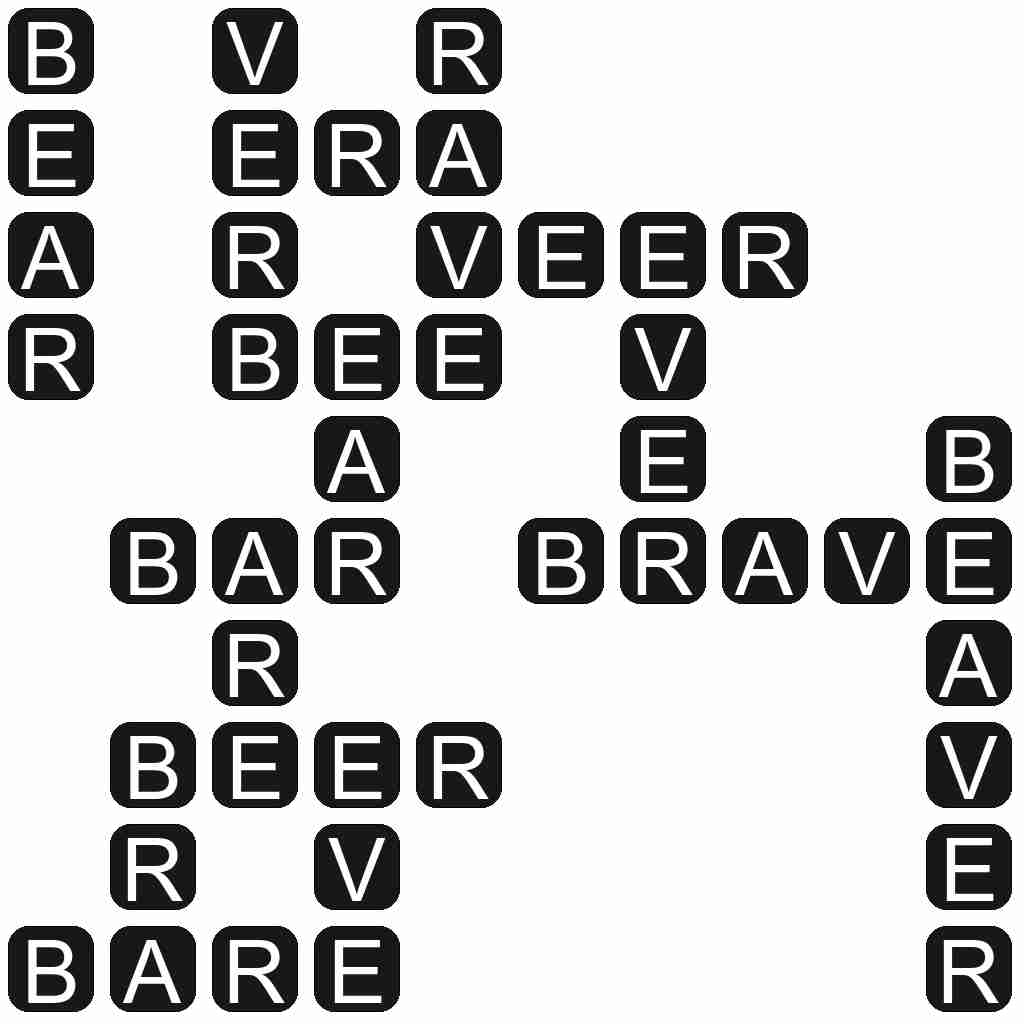 RAVE - An enthusiastic review (such as of a play).

BRAVE - Strong in the face of fear; courageous.

BEAVER - An aquatic rodent of the genus Castor, having a wide, flat tail and webbed feet.