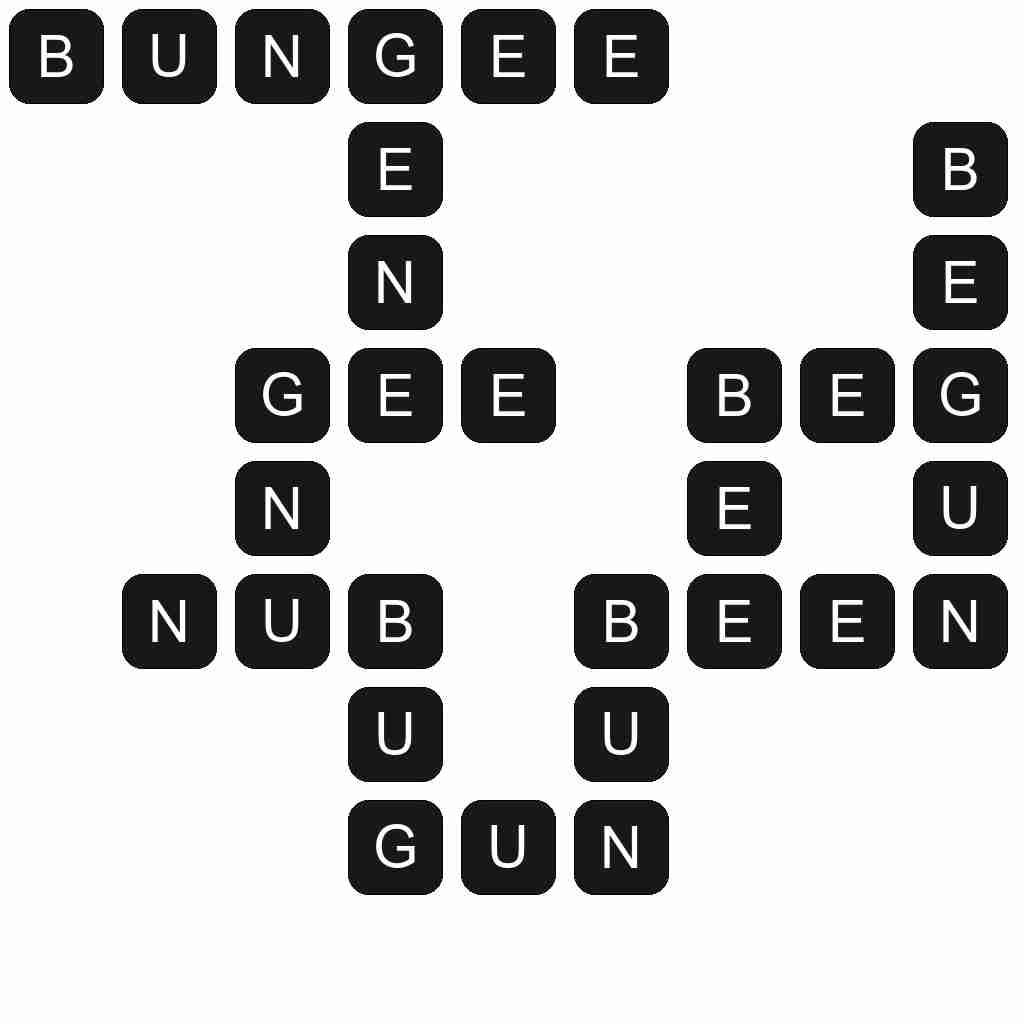 BUG - An insect of the order Hemiptera (the "true bugs").

NUB - The innermost section of a chrysalis in a silk cocoon.

BEEN - Past participle of be.

BEGUN - Past participle of begin.

BUNGEE - An elastic fabric-bound strap with a hook at each end, used for securing luggage.