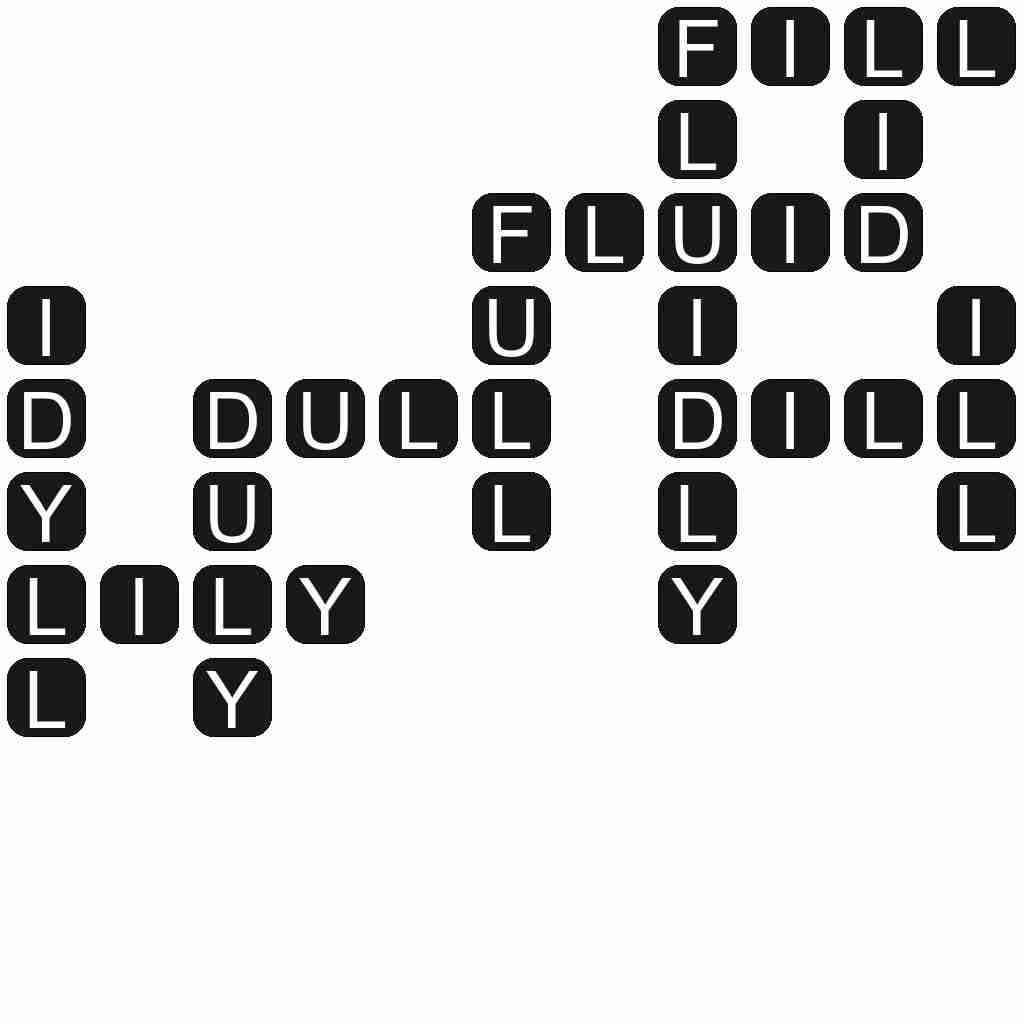 DULL - Lacking the ability to cut easily; not sharp.

FILL - To occupy fully, to take up all of.

FULL - Containing the maximum possible amount of that which can fit in the space available.

DULY - In a due, fit, or becoming manner; as it ought to be; properly.

FLUID - Any substance which can flow with relative ease, tends to assume the shape of its container, and obeys Bernoulli's principle; a liquid, gas or plasma.

IDYLL - Any poem or short written piece composed in the style of Theocritus's short pastoral poems, the Idylls.

FLUIDLY - In a fluid manner.