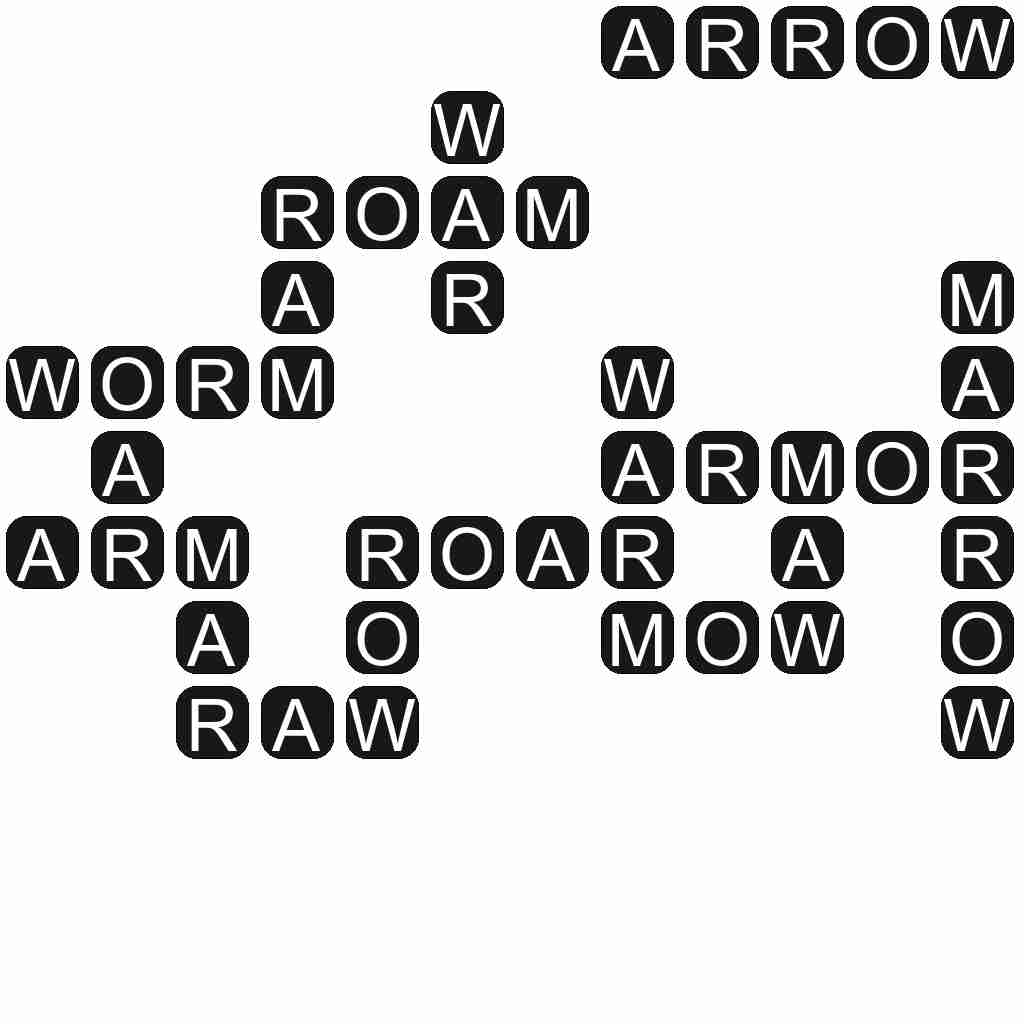 MOW - To cut something (especially grass or crops) down or knock down.

MAW - The stomach, especially of an animal.

WARM - Having a temperature slightly higher than usual, but still pleasant; a mild temperature.

WORM - A generally tubular invertebrate of the annelid phylum.

ARMOR - A protective layer over a body, vehicle, or other object intended to deflect or diffuse damaging forces.

MARROW - The substance inside bones which produces blood cells.