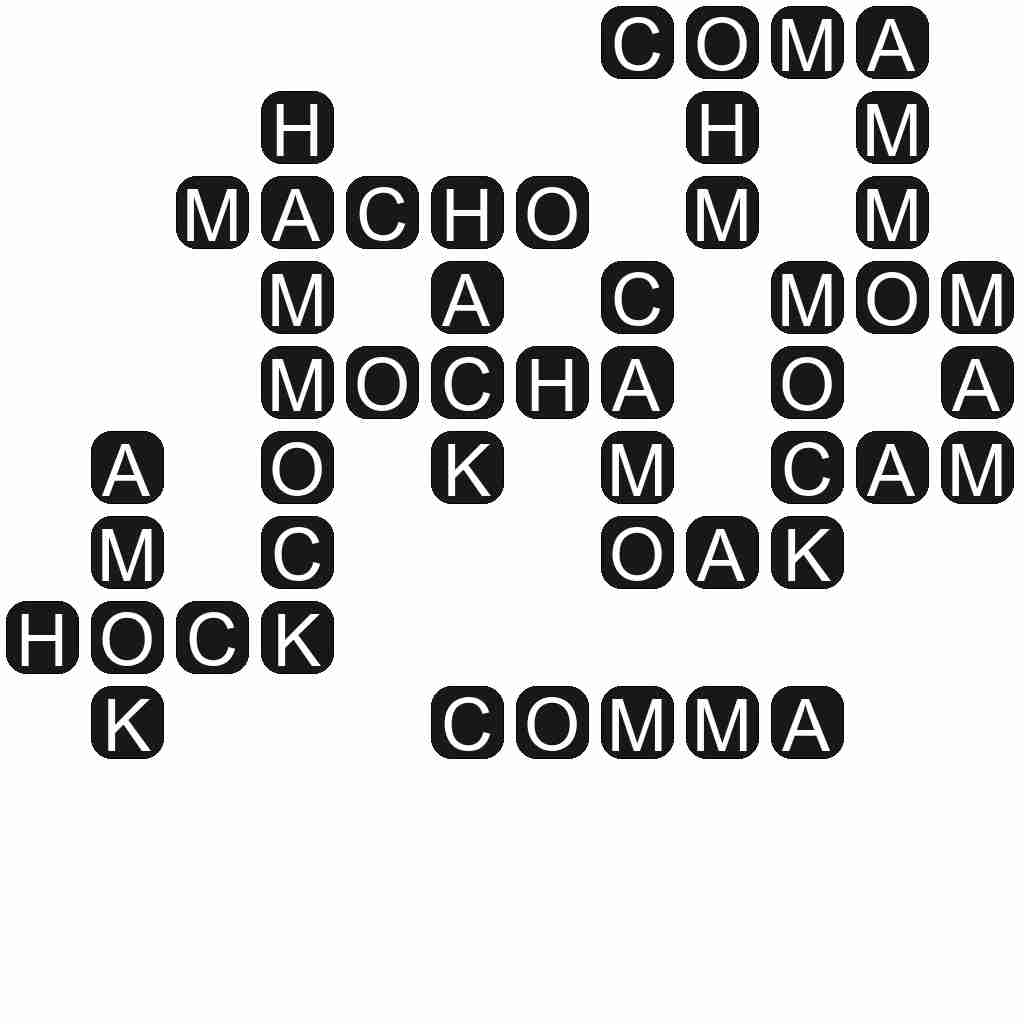 MOCK - An imitation, usually with the connotation that it's one of lesser quality.

AMOK - Out of control, especially when armed and dangerous.

MACHO - Tending to display manly characteristics, such as domineering, fierceness, bravado, etc., in ways that are showily and histrionically tough.

COMMA - Punctuation mark (,) (usually indicating a pause between parts of a sentence or between elements in a list).

MOCHA - A coffee drink with chocolate syrup added, or a serving thereof; a caffè mocha.

HAMMOCK - A swinging couch or bed, usually made of netting or canvas about six feet wide, suspended by clews or cords at the ends.