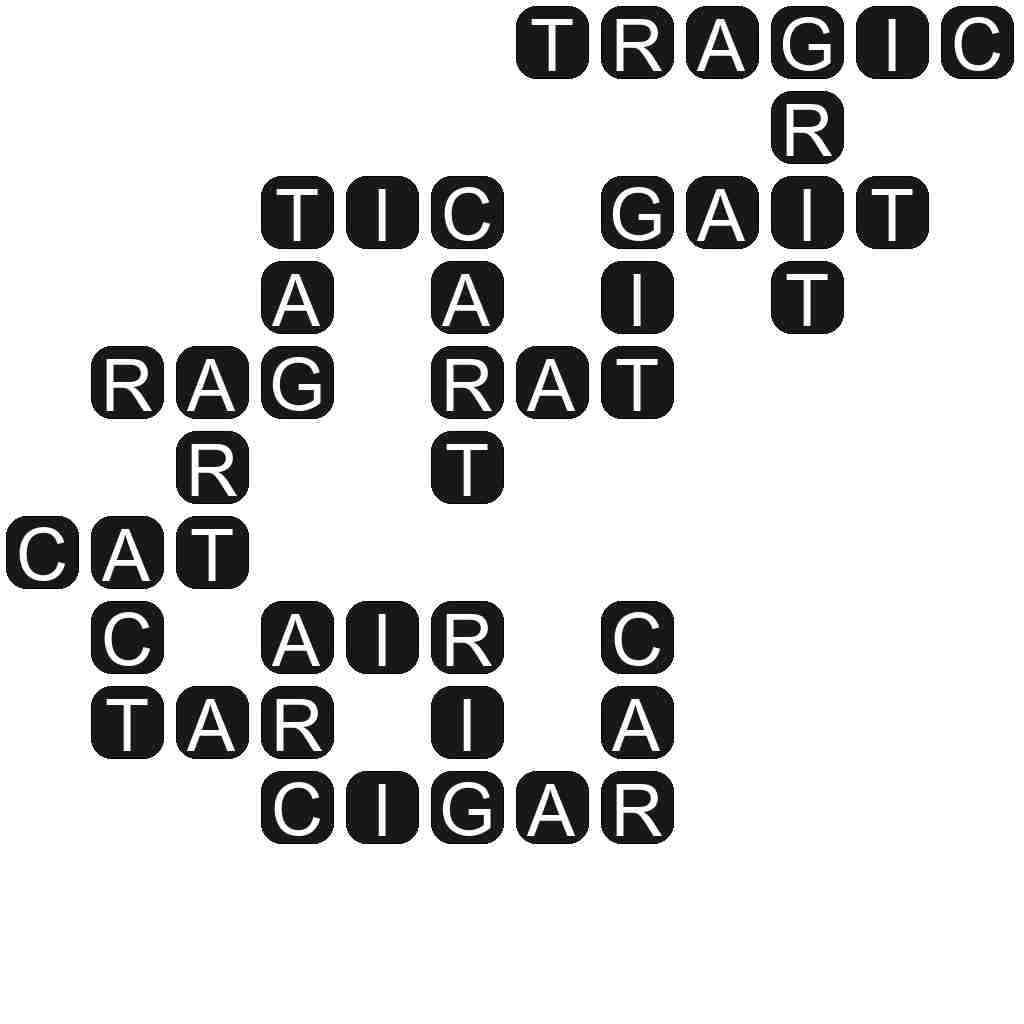 GAIT - Manner of walking or stepping; bearing or carriage while moving.

CIGAR - Tobacco, rolled and wrapped with an outer covering of tobacco leaves, intended to be smoked.