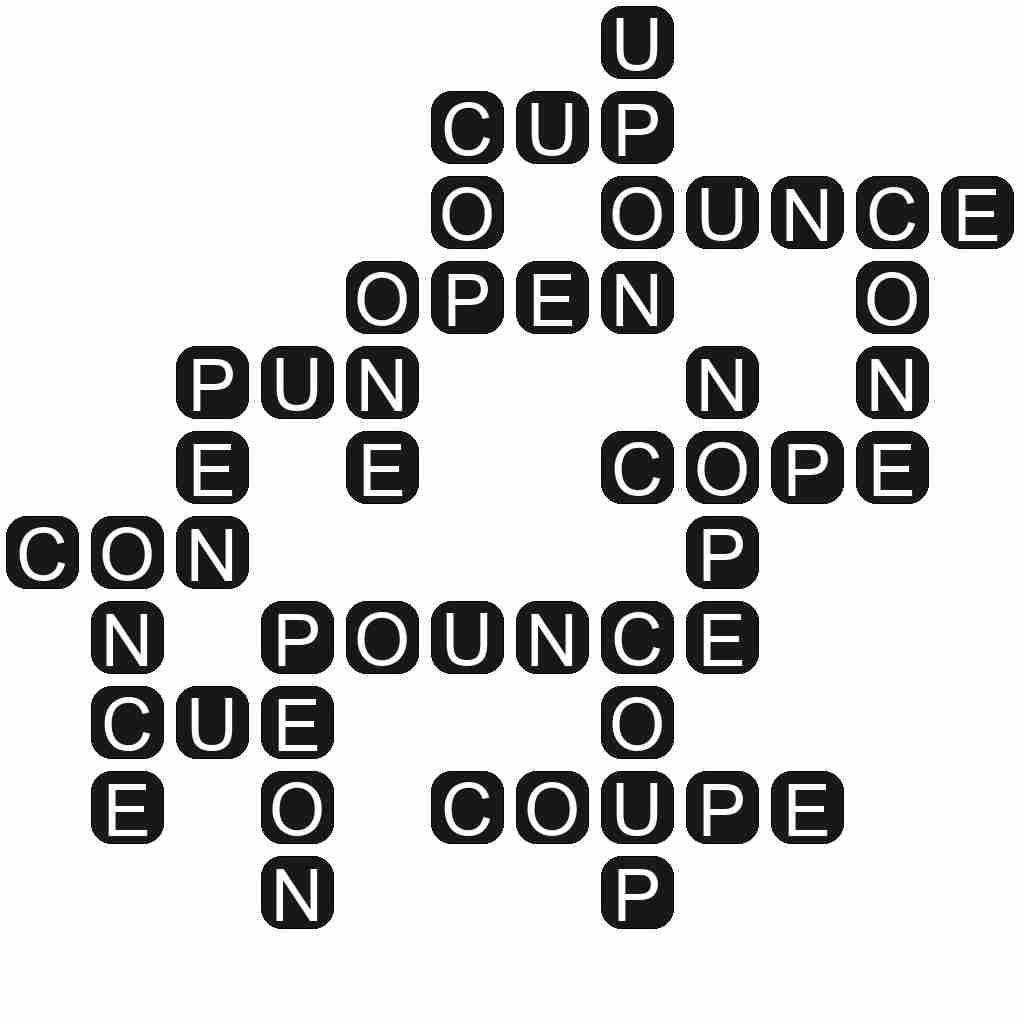 CUP - A concave vessel for drinking from, usually made of opaque material (as opposed to a glass).

COUP - A quick, brilliant, and highly successful act; a triumph.

COUPE - An ice cream dessert; the glass it is served in.

POUNCE - A type of fine powder sprinkled over wet ink to dry the ink after writing.