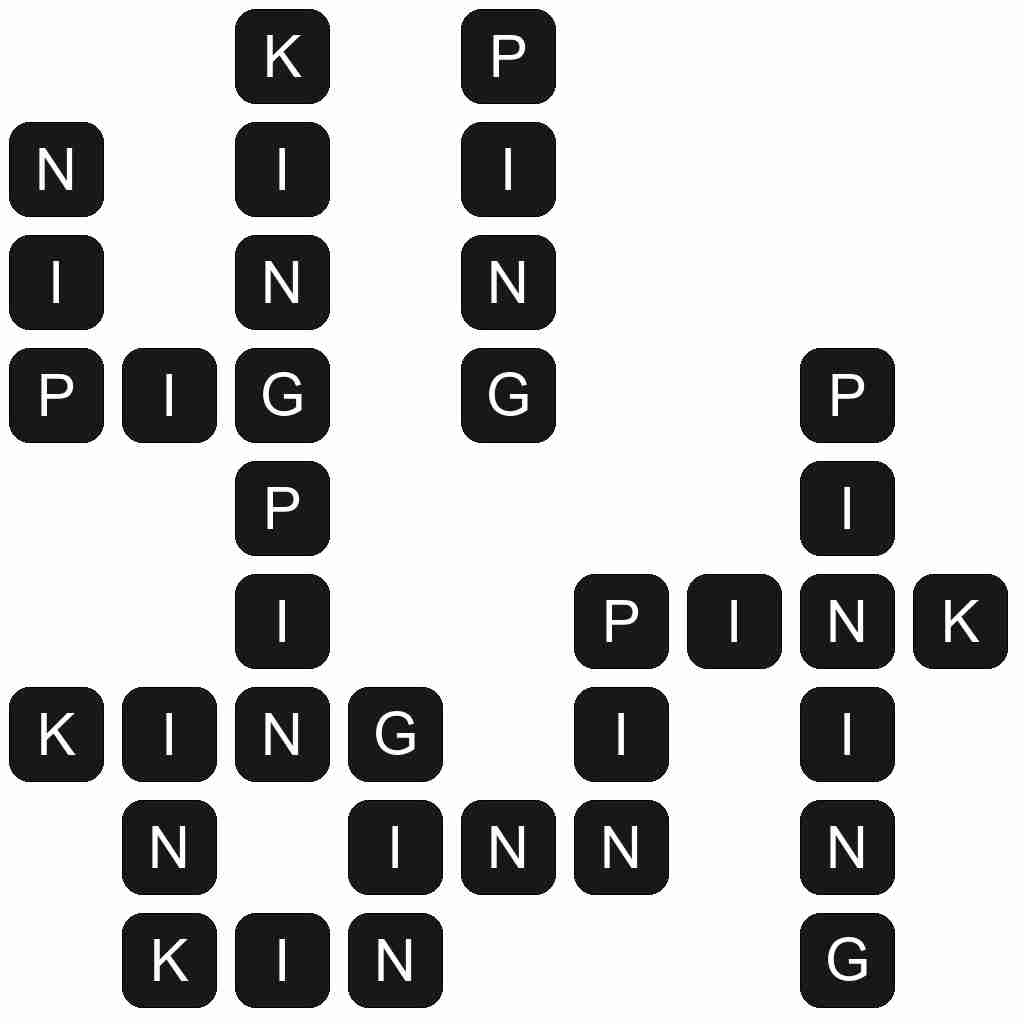 KING - A male monarch; a man who heads a monarchy. If it's an absolute monarchy, then he is the supreme ruler of his nation.

PINK - A colour between red and white; pale red.

KINGPIN - The axis around which steered wheels pivot; a bolt that holds the axis in place; a kingbolt.