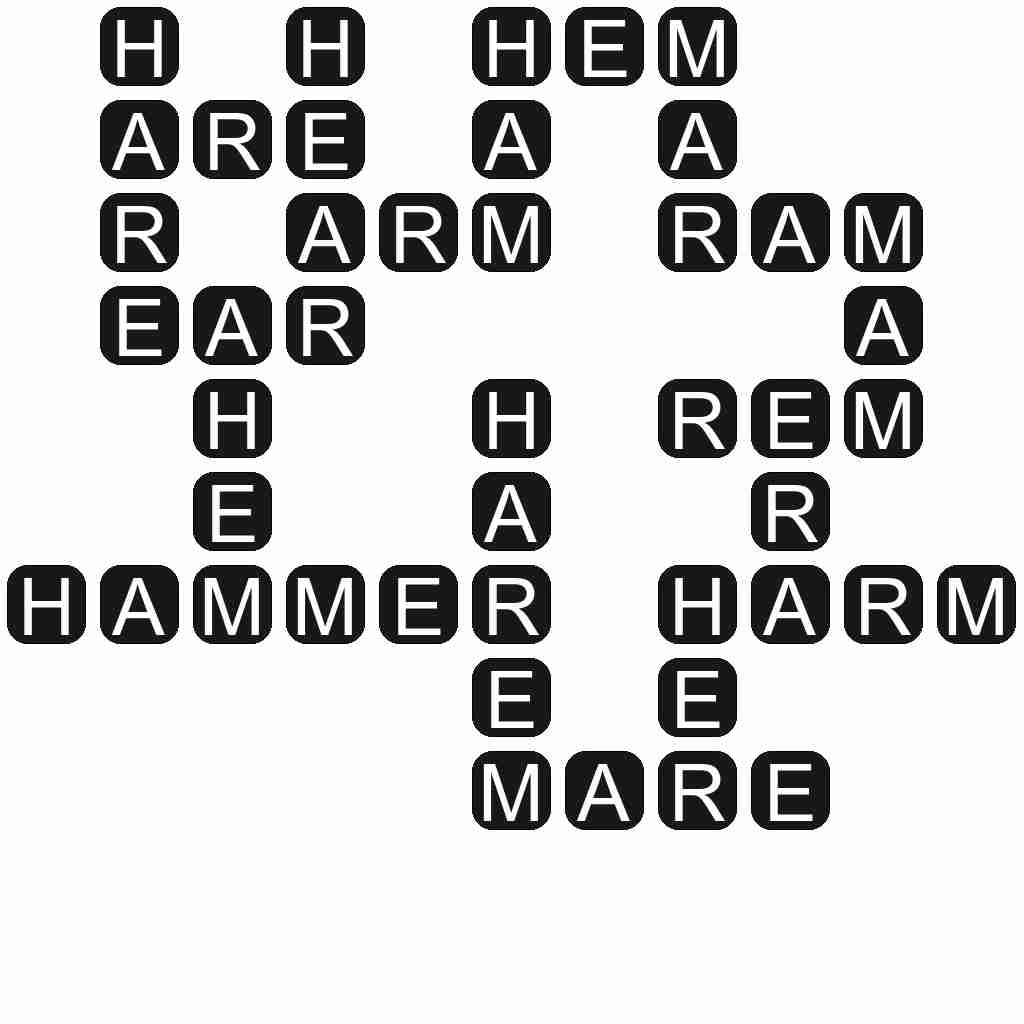 HAREM - The private part of an Arab household. In traditional Arab culture, this part of the household was forbidden to male strangers.

HAMMER - A tool with a heavy head and a handle used for pounding.