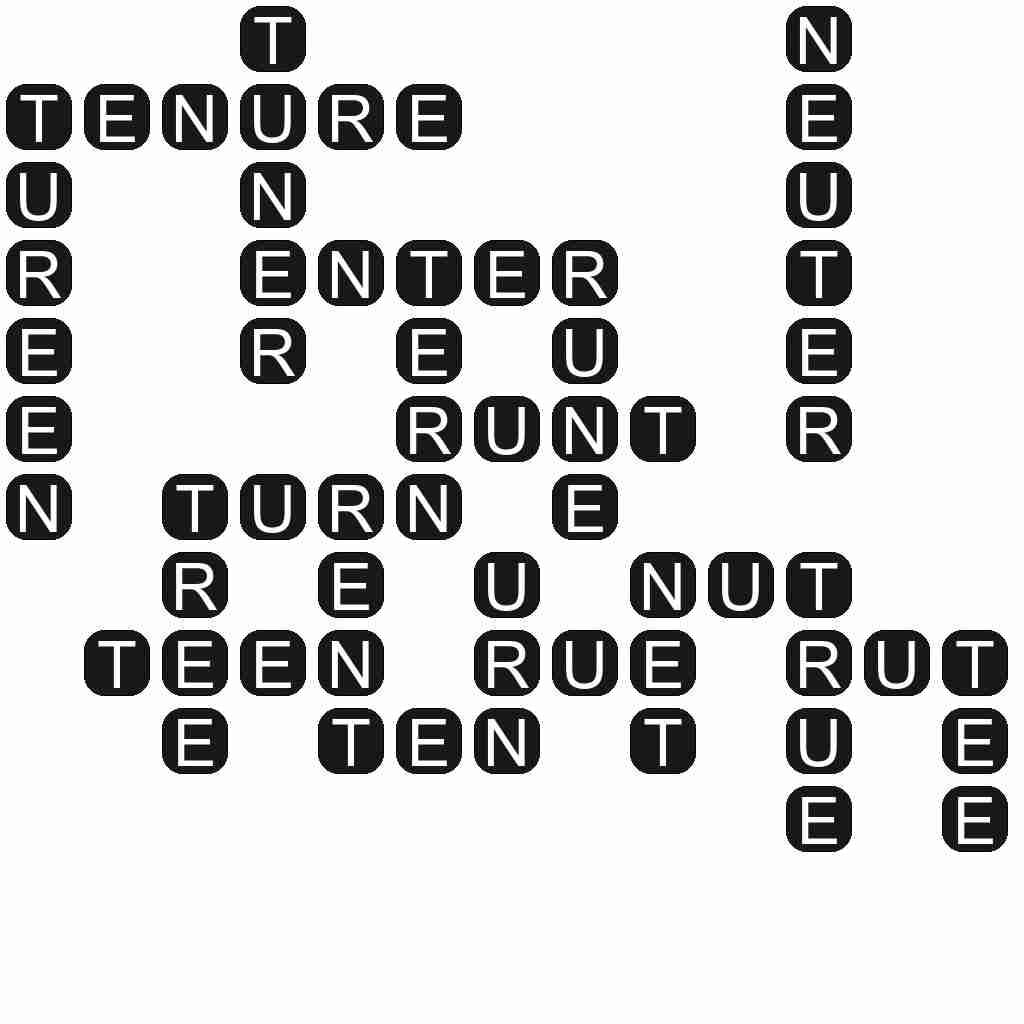 TENURE - A status of possessing a thing or an office; an incumbency.

NEUTER - Neither the one thing nor the other; on neither side; impartial; neutral.