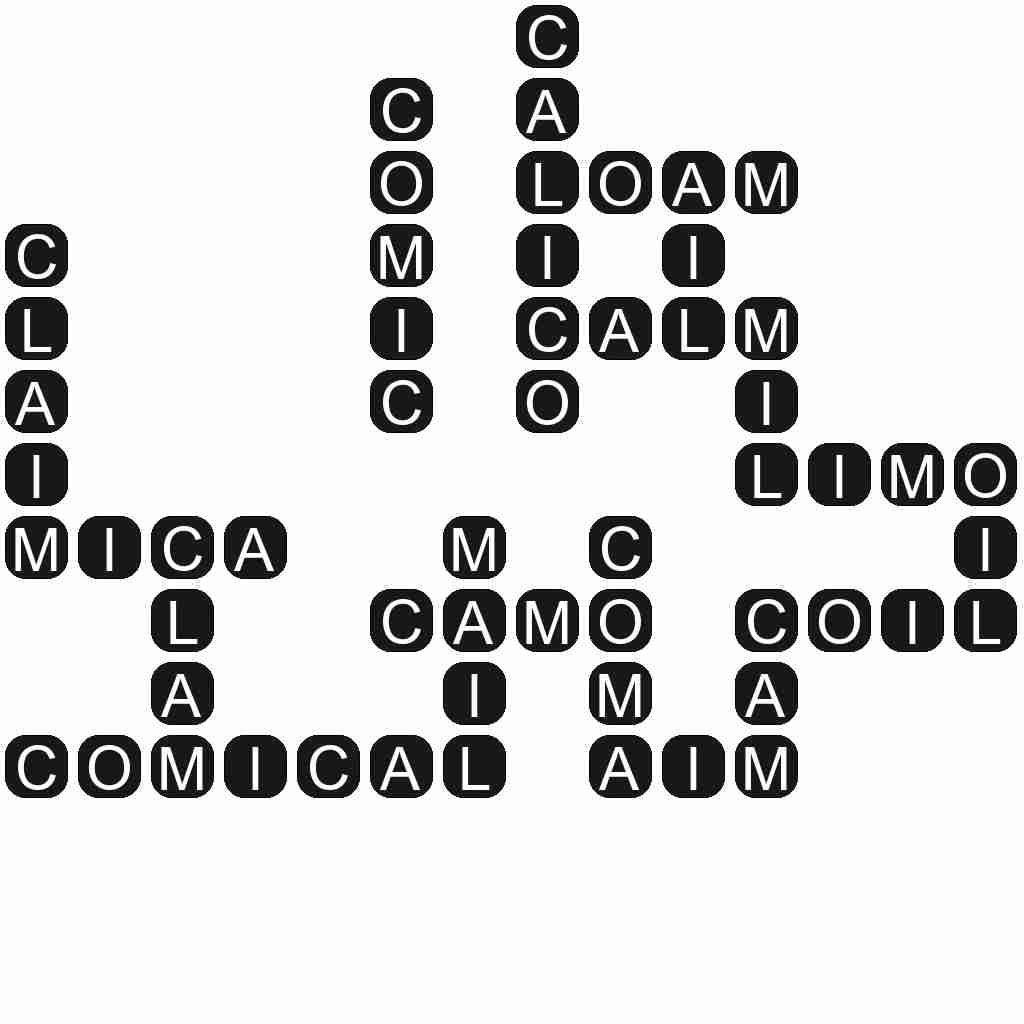 MAIL - To send (a letter or parcel) through the mail.

CLAM - A bivalve mollusk of many kinds, especially those that are edible; as, the long clam (Mya arenaria), the quahog or round clam (Venus mercenaria), the sea clam or hen clam (Spisula solidissima), and other species of the United States. The name is said to have been given originally to the Tridacna gigas, a huge East Indian bivalve.

MICA - Any of a group of hydrous aluminosilicate minerals characterized by highly perfect cleavage, so that they readily separate into very thin leaves, more or less elastic.

CLAIM - A demand of ownership made for something (eg. claim ownership, claim victory).

CALICO - Having a pattern of red and contrasting areas, resembling the color of calico cloth.