The words included in this word game are:
INN, ION, NOT, TIN, TON, TOO, NIT, INTO, NOON, ONTO, TOON, ONION, NOTION. 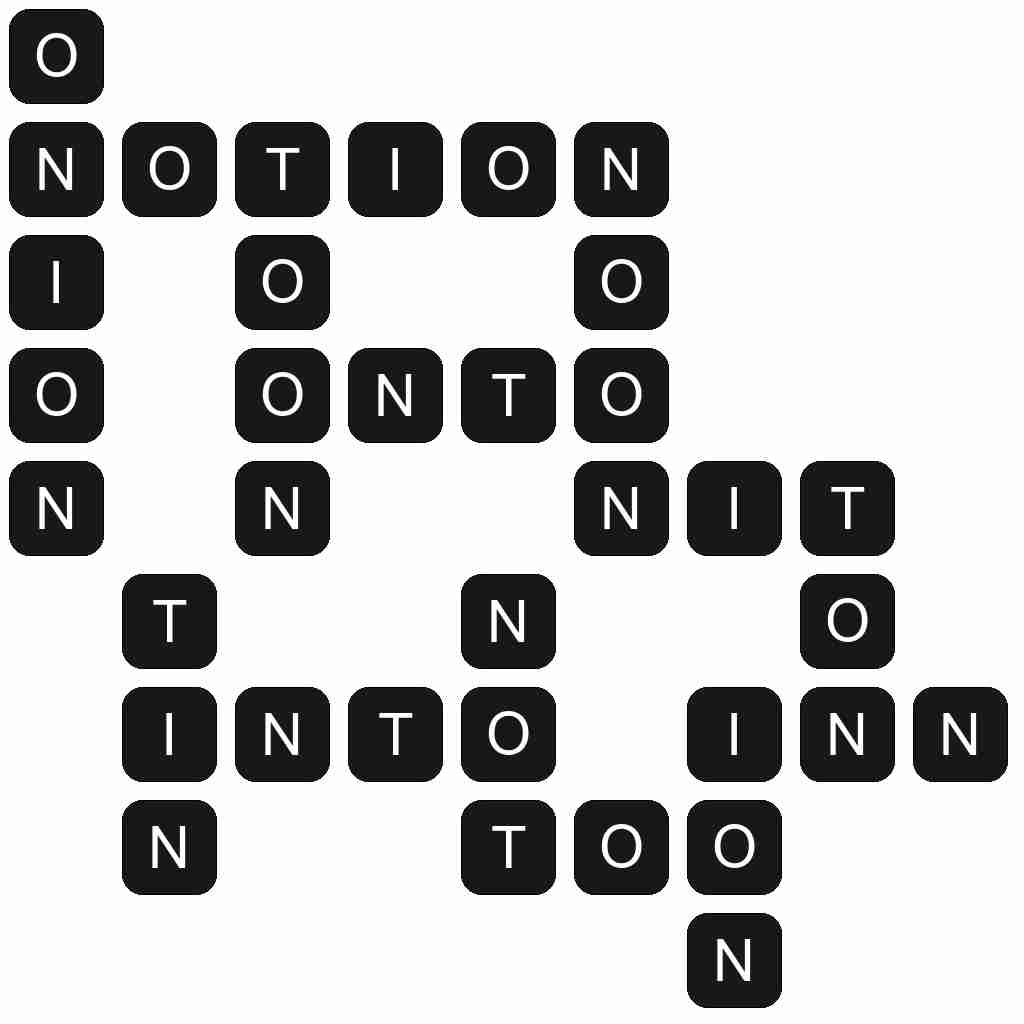 ONION - A monocotyledonous plant of genus Allium allied to garlic, used as vegetable and spice.

NOTION - Mental apprehension of whatever may be known or imagined; an idea; a conception; more properly, a general or universal conception, as distinguishable or definable by marks or notæ.