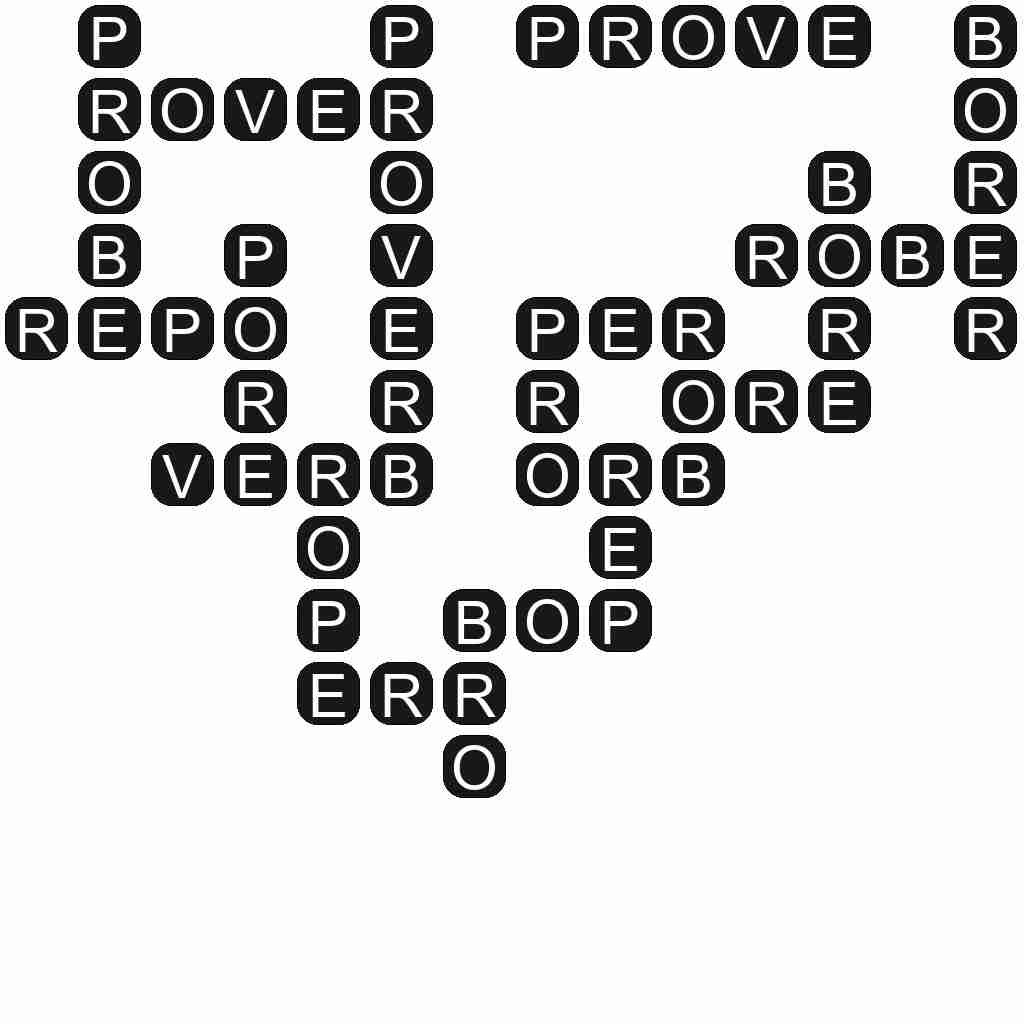 PROBE - A move with multiple answers seeking to make the opponent choose and commit to a strategy.

PROVE - To demonstrate that something is true or viable; to give proof for.

PROVERB - A phrase expressing a basic truth which may be applied to common situations.