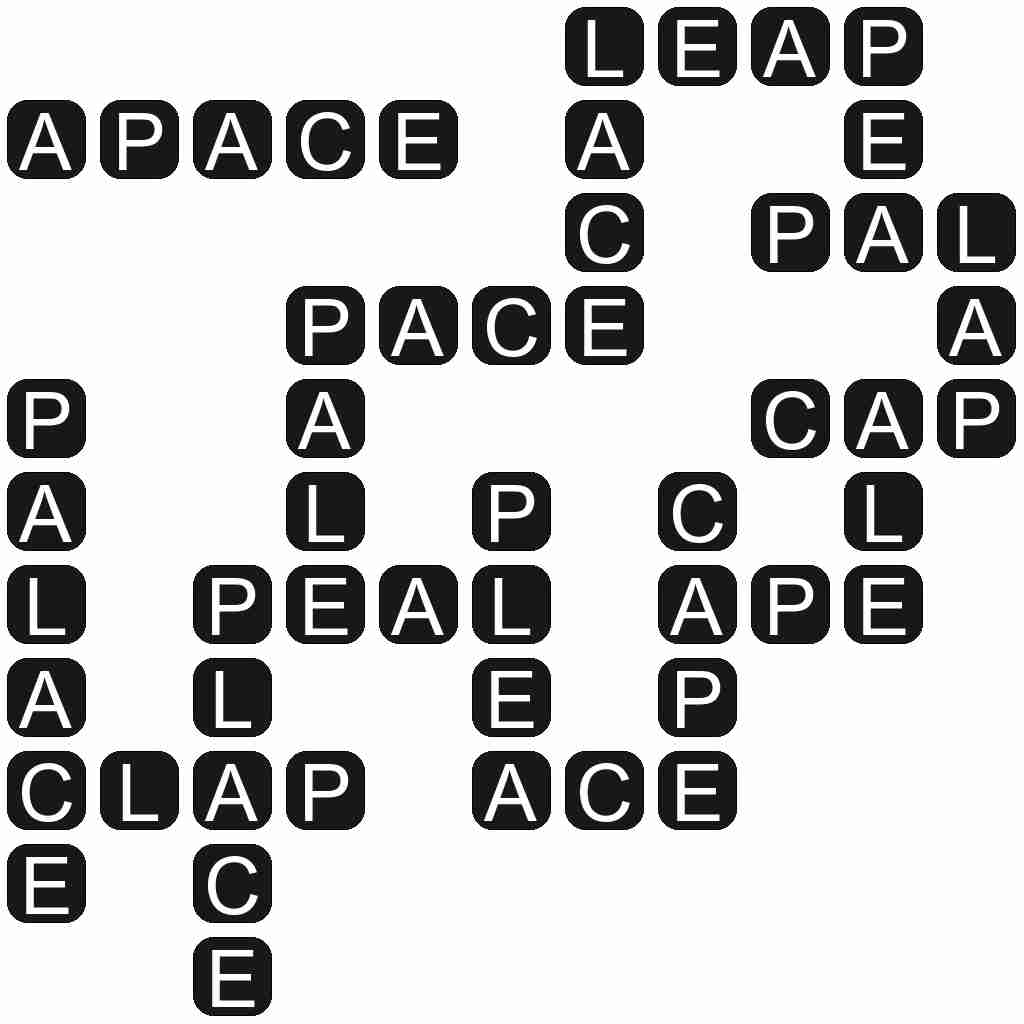 CLAP - The act of striking the palms of the hands, or any two surfaces, together.

PLACE - A location or position.

PALACE - Official residence of a head of state or other dignitary, especially in a monarchical or imperial governmental system.