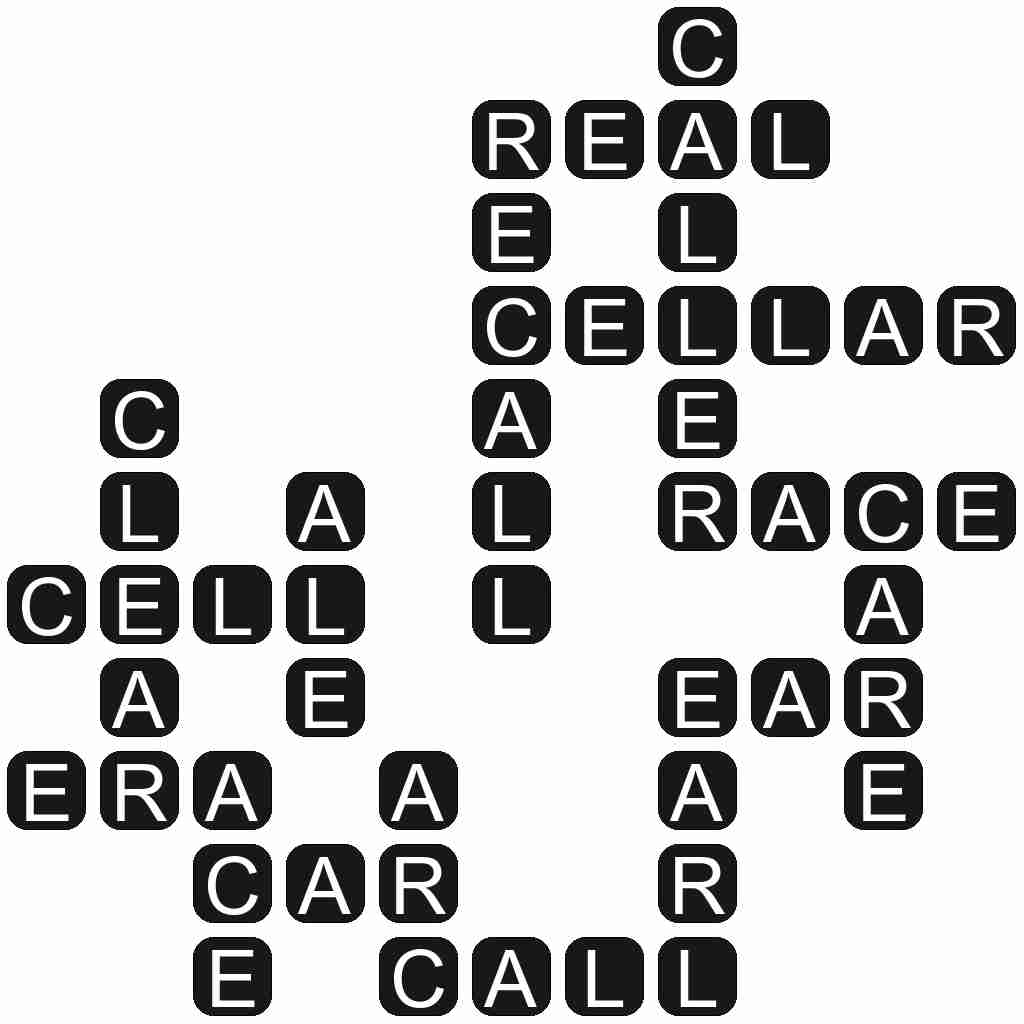 CELL - A region of radio reception that is a part of a larger radio network.

CALLER - The person who made a telephone call.

RECALL - The action or fact of calling someone or something back.

CELLAR - An enclosed underground space, often under a building; used for storage or shelter.