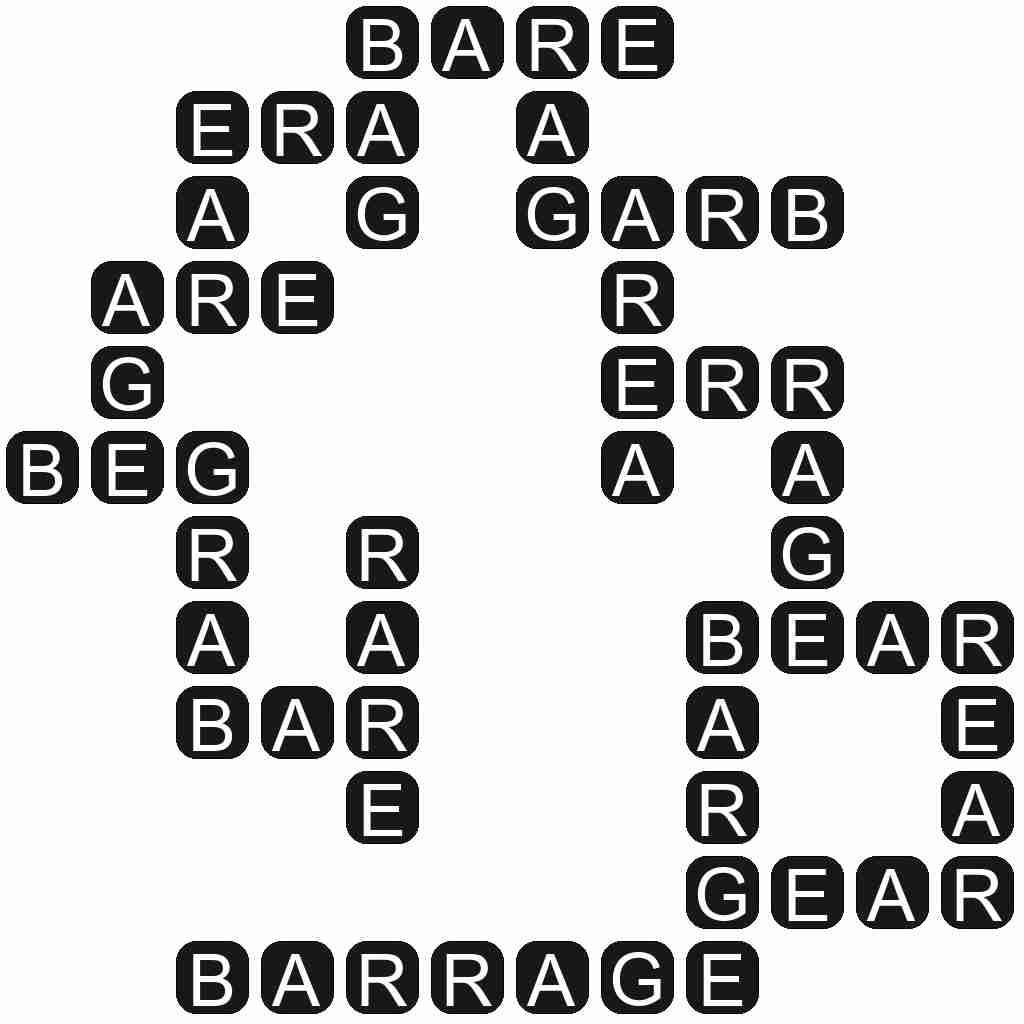 BAG - A flexible container made of cloth, paper, plastic, etc.

GEAR - Equipment or paraphernalia, especially that used for an athletic endeavor.

GRAB - To make a sudden grasping or clutching motion (at something).

BARRAGE - An artificial obstruction, such as a dam, in a river designed to increase its depth or to divert its flow.