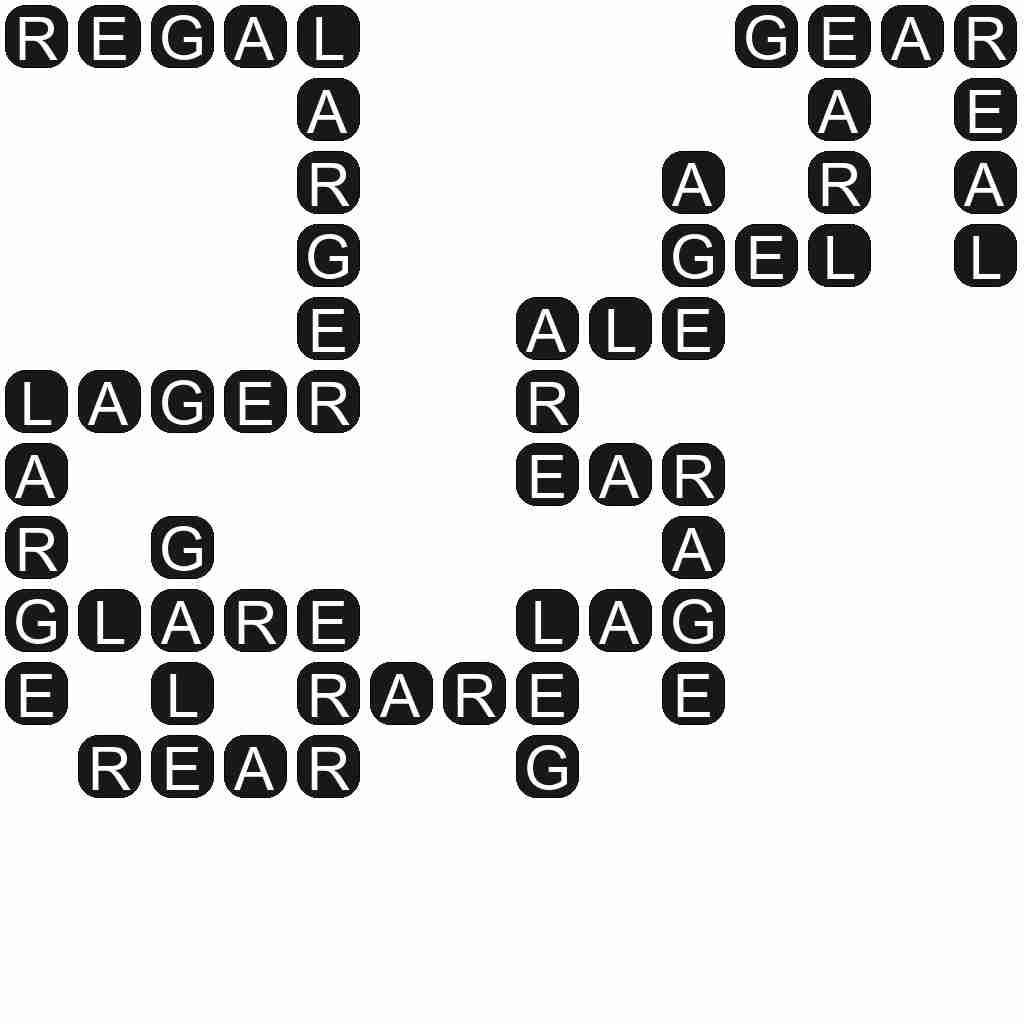 GEAR - Equipment or paraphernalia, especially that used for an athletic endeavor.

LAGER - A type of beer, brewed using a bottom-fermenting yeast.

LARGE - Of considerable or relatively great size or extent.

REGAL - Of or having to do with royalty.