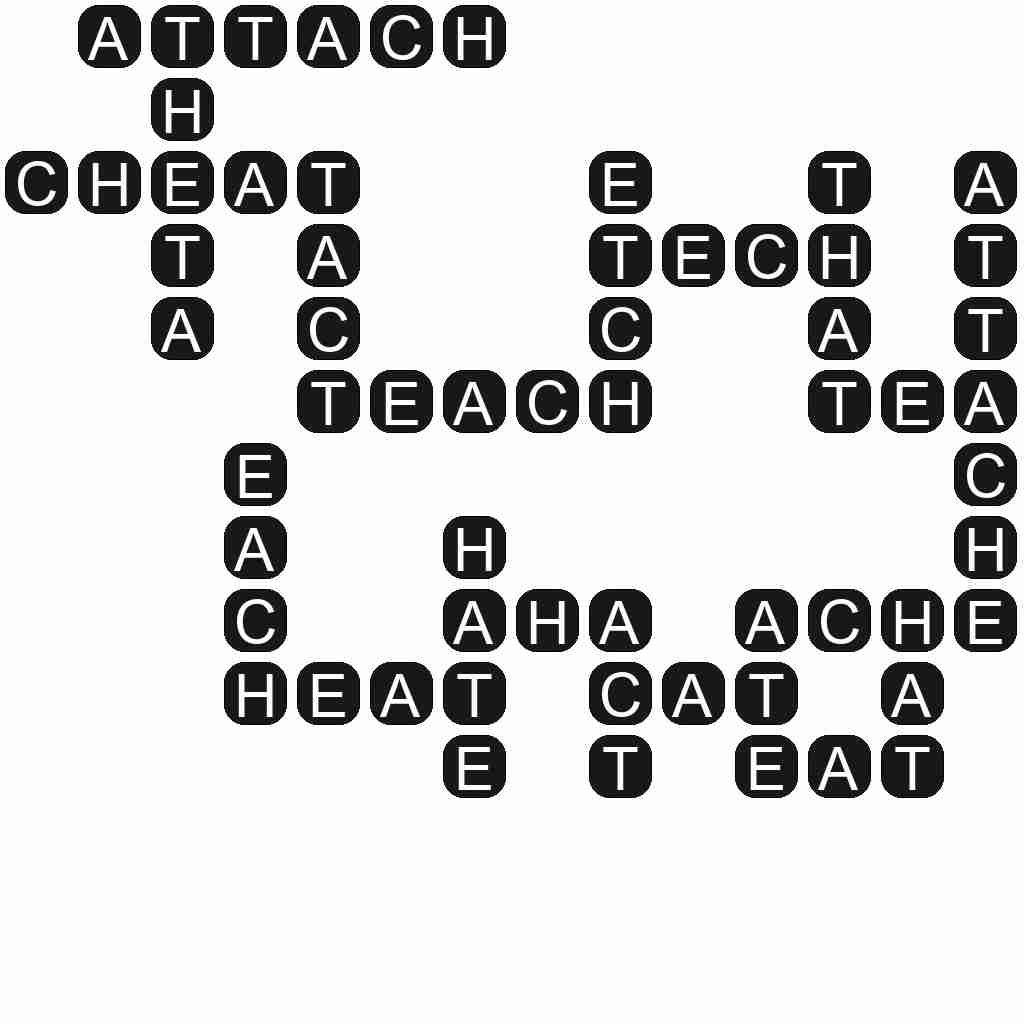 AHA - An exclamation of understanding, realization, invention, or recognition.

HATE - To dislike intensely; to feel strong hostility towards.

ETCH - To cut into a surface with an acid or other corrosive substance in order to make a pattern. Best known as a technique for creating printing plates, but also used for decoration on metal, and, in modern industry, to make circuit boards.

CHEAT - To violate rules in order to gain advantage from a situation.

TEACH - To show (someone) the way; to guide, conduct.

THETA - The name for the eighth letter οf the Modern Greek alphabet, ninth in Old Greek.

ATTACHE - An official associated with an embassy.