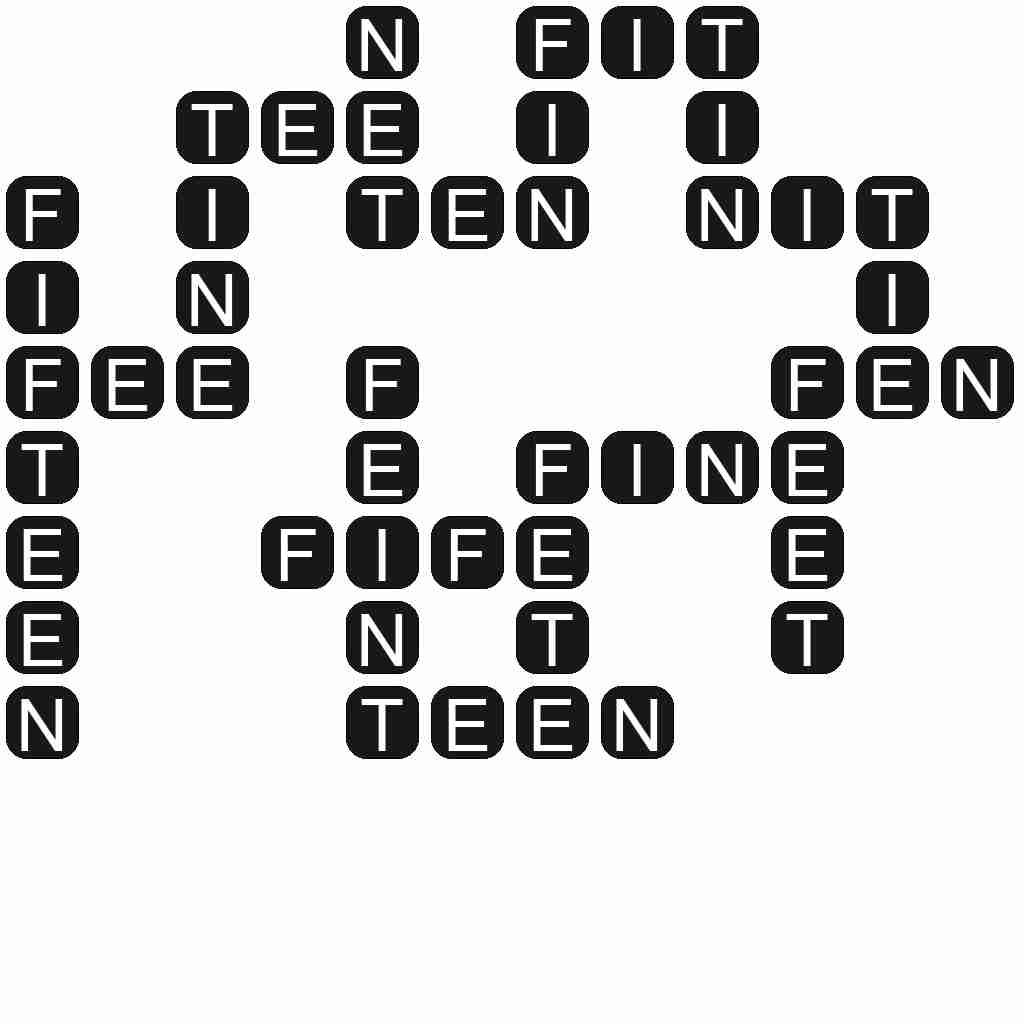 FETE - A festival open to the public, the proceeds from which are often given to charity.

FEINT - To make a feint, or mock attack.

FIFTEEN - The cardinal number occurring after fourteen (14) and before sixteen (16).