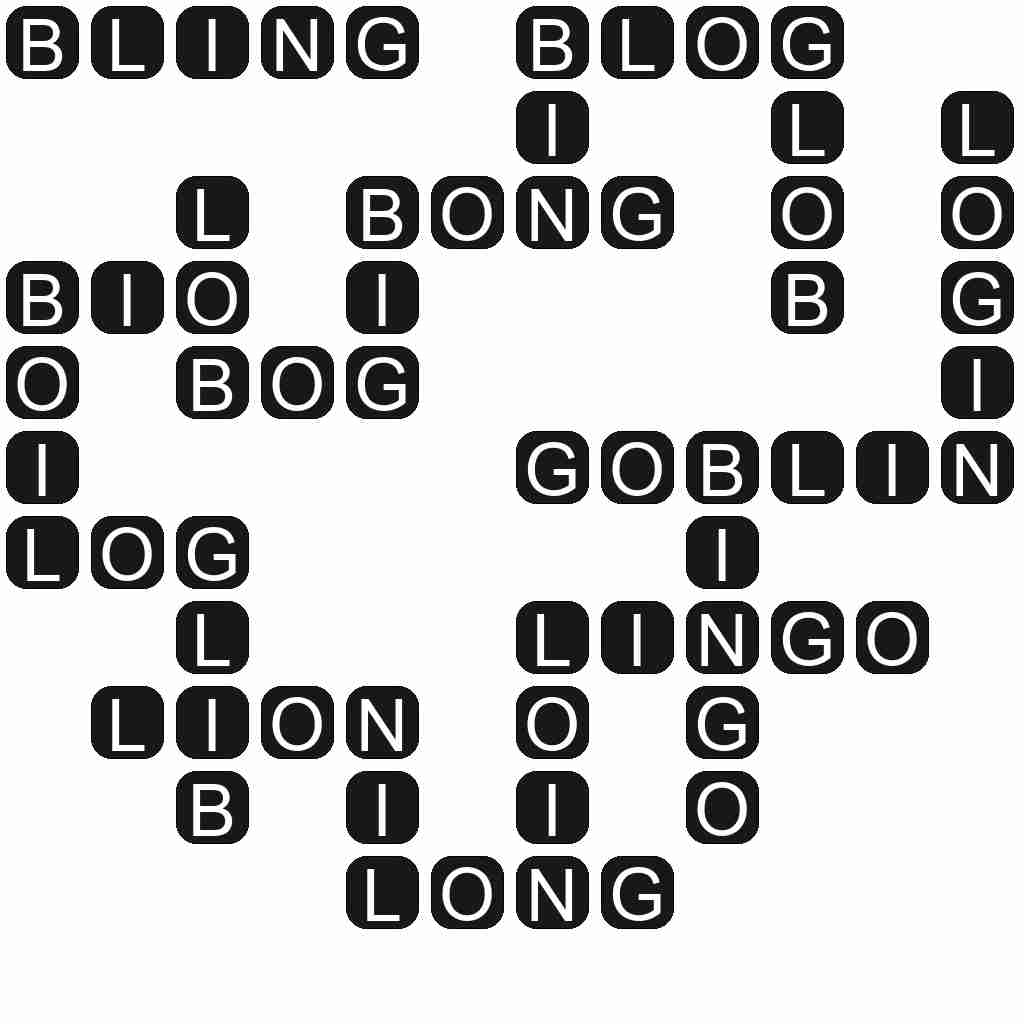 BONG - A clang of a large bell.

BINGO - A game of chance for two or more players, who mark off numbers on a grid as they are announced by the caller; the game is won by the first person to call out "bingo!" or "house!" after crossing off all numbers on the grid or in one line of the grid.

LINGO - Language, especially language peculiar to a particular group or region; jargon or a dialect.

LOGIN - A combination of a user's identification and password used to enter a computer, program, network, etc.